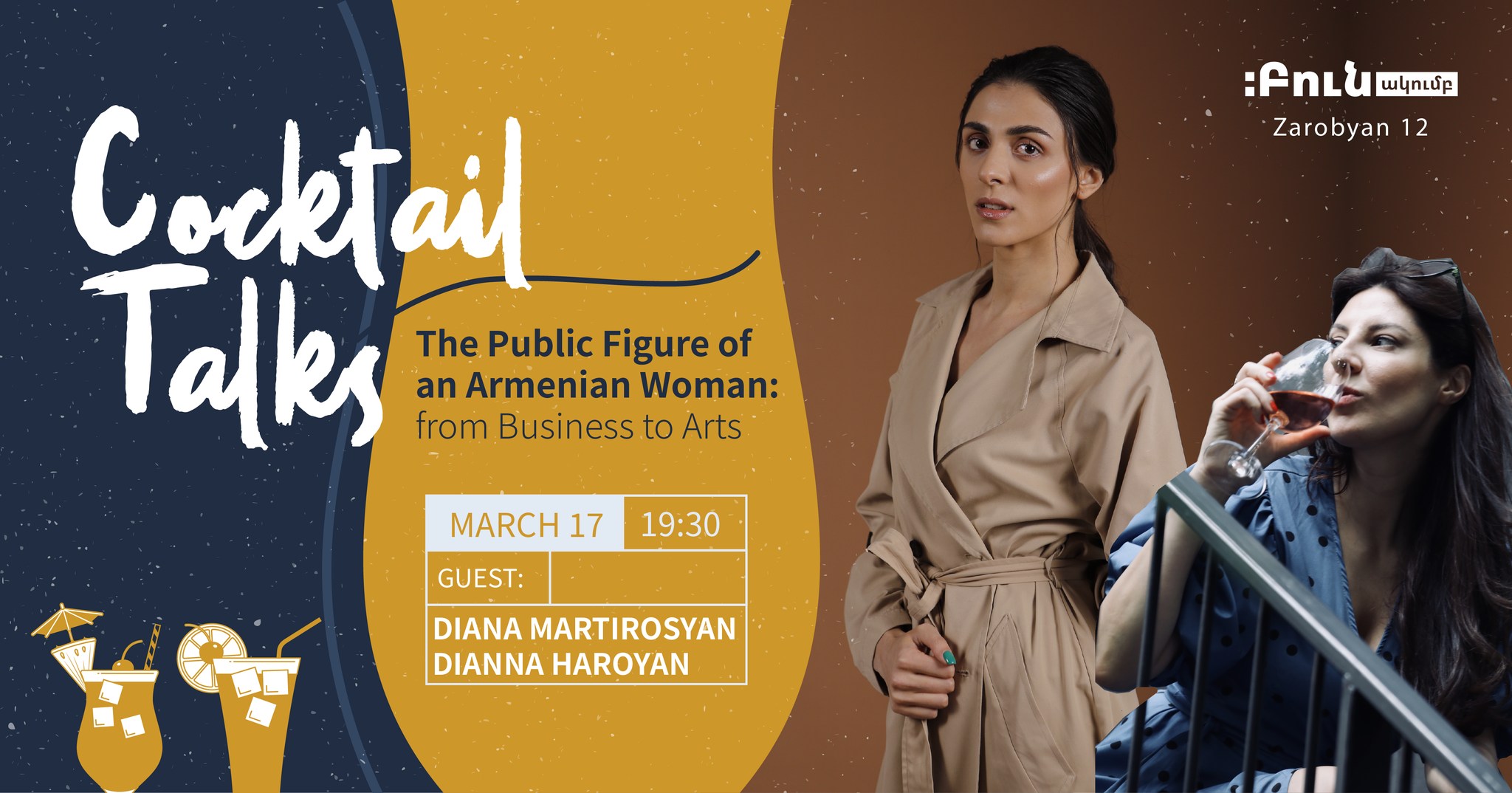 On the occasion of Women’s Month, we decided to dedicate the next meeting to the discussion on the social role of women, emphasizing the public image of Armenian women from art to business.

The entrance fee is 2000 AMD, which includes a themed cocktail of the day