“Grand Candy” company is the largest domestic production facility in Armenia. The company, formerly known as Yerevan Confectionery Factory was founded early in 2000. It first started out officially as Yerevan Macaroni Factory in 1933 producing a variety of products. Later in 1934, Yerevan Confectionery Factory was launched. For the next 17 years the two factories operated separately until they merged in 1951. Then the company became known as Yerevan Confectionery and Macaroni Factory, which was later to become one of the largest factories in the entire Soviet Union. In a short period of time new production facilities were constructed and new production lines for hard candy, biscuit and chocolate as well as cocoa processing plant were purchased.
In 1990 the factory was closed down because of the economic crash of the Republic of Armenia after the Soviet Union collapse.
The company was privatized in May 1995 and was renamed Armconfection OJSC. For the next five years the factory worked at only 3-4 percent of its full capacity. At the end of 1999 the shareholders of the company were changed and Hrant Vardanyan, the new owner of the company founded Armenian-Canadian JV “Grand Candy” Co Ltd on the basis of “Armconfection” factory”. This was the start of the mass reconstruction of the factory. The modernization of equipment and introduction of new production lines were to follow.
In April 2000, after large-scale reconstruction works the factory introduced its first products, which immediately found a distinct place on the domestic market. It was not long time before the company’s products became highly popular among the local consumers.
Today, “Grand Candy” produces more than 400 different products. “Grand Candy” is not only the largest confectionery manufacturer in Armenia, but also the largest company in the Armenian food industry. It is the only factory in Trans Caucasus to process cocoa beans. Due to well-organized production, the company managed to gain a considerable presence in the market, introducing traditional and well-known, as well as newly developed products to customers.
“Grand Candy” production is certified with ISO 9001:2008 quality management standards and ISO 22000:20005 food safety control standards. The advantage of “Grand Candy” products is the high quality and the use of natural ingredients, such as cocoa and milk products, nuts and fillings made from fresh fruits. Despite the high cost of natural raw materials, “Grand Candy” never uses cheap and low quality ingredients or artificial additives of any kind. The key priority of “Grand Candy” is the health of its consumers. Therefore, all the ingredients used in the production undergo an extensive analysis in the main laboratory of the company.
Moreover, the professional staff of the quality control department ensures high and stable quality of the products in full conformity with the existing international standards. The staff of the quality control department and that of the whole company as well takes pride in each product produced by “Grand Candy” company and is guided by the motto: ” Our quality is our pride”.
The constant upgrading of the equipment and the implementation of new technologies enable the company to react quickly to market changes and maintain the leading position in the domestic market.
In 2001 “Grand Candy” began ice-cream production.
To maintain the high quality of its production, “Grand Candy” launched the production of corrugated cardboard packaging in 2006. A year later, in 2007, the company opened a modern printing-house equipped with all necessary machines.
In 2008 the “Grand Candy” launched the production of coffee using modern technologies. Arabica and Robusta coffee beans of highest quality are used for the production.
In 2010 “Grand Candy” started producing exquisite pastries, which became quite popular with our customers. For the first time it became possible in Armenia to bake “home-made” pastries in industrial conditions.
In 2012 “Grand Candy” started the production of the highest quality flour. Nowadays, due to the latest European production technologies and equipment, the company produces the best quality flour.
On September 10, 2010, “Grand Candy” set a new Guinness World Record with the “Largest chocolate bar”. It became the first industrial record in Armenia.
In 2000 “Grand Candy” set up a chain of brand stores, the first in the long chain being “Ponchikanots”. Today the company operates 26 brand stores throughout the Republic of Armenia, 18 of which, including 7 store-cafes, are located in Yerevan.

“Grand Candy” is distinguished by its unique human resources management policy, which enabled to create a team of dedicated professionals, who are highly enthusiastic. Today “Grand Candy” is the largest domestic production company in Armenia with the staff of more than 3200. Every day the “Grand Candy” staff and the company’s owner himself go to work with one conviction “We produce for our children, for our families and for our nation”.

DININ.am is the ultimate directory platform to search & find the best Desserts & Sweets in the dining sector in Armenia! 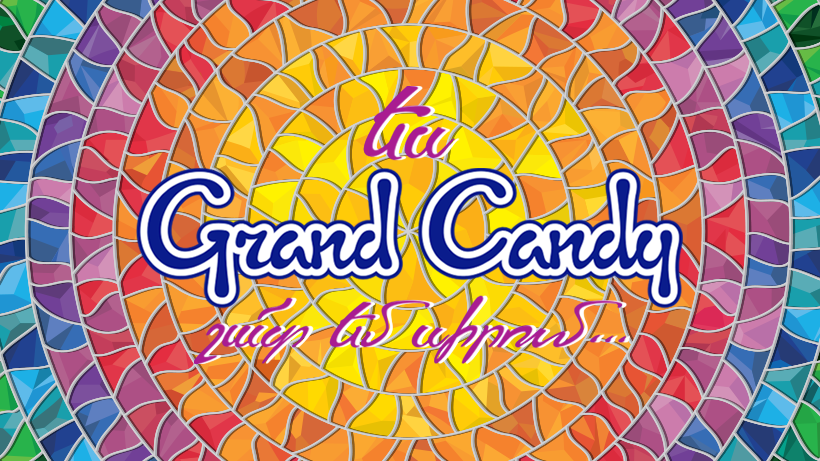 Be the first to review “Grand Candy” Cancel reply

Login to send a private message
Claim your free business page to have your changes published immediately. Claim this business